In Ordinal, Jesus Christ sums to 151, just like the name of the island the man was killed on.

His name sums to 43 in Reduction, as does preacher

Today is exactly 14 weeks, or 98 days, after India’s Independence Day:

The island’s inhabitants are called the Sentinelese, which shares gematria with the word sacrifice

The President of India is a span of 7 weeks, 3 days after his 73rd birthday: 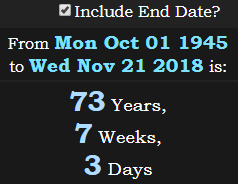 To establish further evidence for this connection, look how CNN attributed the president’s name gematria in their headline:

The islands he traveled to are approximately 1370 km away from India:

It’s widely-interpreted that Jesus was crucified under a total eclipse.

This death of a Christian missionary also appears related to the most recent total eclipse.

The fishermen first brought him to the island on November 15th, which was a span of 1 year, 87 days after the total eclipse: 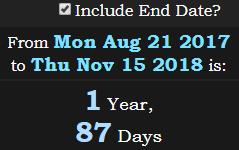 November 17th had Full numerology of 66

The Ancient Accepted Scottish Rite of Freemasonry was founded by the numbers in relation to total eclipses. It is also coded around the numbers of eclipse sacrifice.

This article was published on the 325th day of the year: