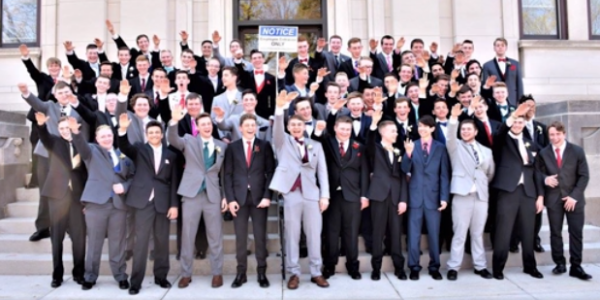 This story is meant to stroke fears of racism and hatred. The mainstream media is literally at war with the people of this world, and their number one goal is to stir division among the masses.

This story was originally published on Monday, a date with full numerology of 61

There are 61 kids in the photo above.

The 39th Prime number is 167
Wisconsin was 167 days after its date of statehood:

The photo was taken by a man named Peter Gust

The 22nd Triangular number is 253, matching the gematria of the city in which the photo was taken:

Wisconsin was founded on a date with 55 numerology:

In Reverse Ordinal, Wisconsin sums to 118

The 118th Prime number is 647
This matches the name of the photographer: