Interesting that we’re getting a story about The Watcher today, just two days after the death of Stan Lee, who created a MARVEL comic called Watcher.

The first Watcher to appear in a MARVEL comic book was named Uatu, who was assigned to watch over Earth and its solar system.

Today has full date numerology of 63

Uatu even first appeared in the year ’63

Notice how it was the 13th issue of the Fantastic Four comic series. 13 and 33 are the primary ritual / hoax codes in the mainstream media, as I commonly expose. The Governor of New Jersey is Phil Murphy.

Phil is a span of exactly 13 weeks after his birthday: 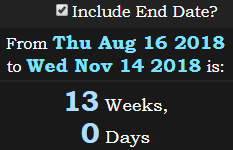 Notice how The Watchers has gematria of 13 in both English and Jewish:

This story comes to us from Westfield

The 33rd Triangular number is 561
This story is about the Broaddus family:

Today has Standard numerology of 43

The 83rd Prime number is 431
This matches the family’s name:

The homeowner’s name is Derek 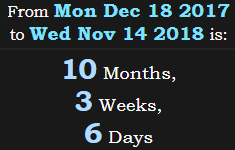 Including the end date, this is also 1 month, 4 weeks, 0 days after the anniversary, or 1 month, 4 days before the next anniversary: 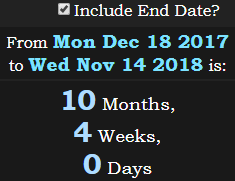 FOX News labeled it the HOUSE OF HORROR 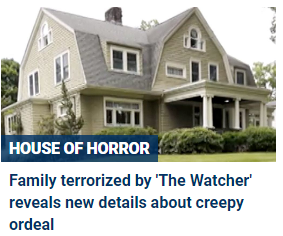