This story about the murder of Jemel Roberson appears to be a fabricated event in tribute to the biblical numerology of the crucifixion of Jesus Christ.

Jesus’ crucifixion was an eclipse sacrifice

The man killed was from Robbins, Illinois, part of Cook County, Illinois, which was founded in 1917

This means Robbins is 101 years old

The 101st Prime number is 547
This matches the name of the victim and the city:

Roberson’s death fell a span of exactly 448 days after the 2017 Great American eclipse:

In Reduction, both Jesus’ crucifixion and eclipse sacrifice sum to 79

Robbins, Illinois, as well as Robbins, both sum to 79, just like murder

Robbins, Illinois has that special 227 gematria:

The name Jemel sums to 45, like the state it occurred in, Illinois

Notice how his name also matches up to Roberson, Illinois

The Governor of Illinois, Bruce Rauner, had been in office for exactly 200 weeks on the date of the murder: 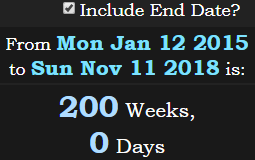 Illinois was admitted to the Union on December 3rd, which was 343 days before the incident:

This number is attributed in CNN’s headline:

Cook County was incorporated on the date January 15th, which is a span of exactly 43 weeks before the date of this incident: 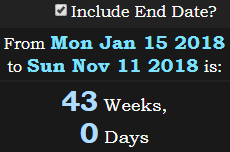 This story is meant to outrage because the man killed was black. So we shouldn’t be surprised that it happened on a date with 60 numerology:

Cook County has that C.C. sequence, like 3-3. The killing happened on a date with 33 numerology:

This story appears to be another numeric ritual related to the crucifixion of Jesus Christ, who was likely also a dark-skinned man. Jesus was crucified at age 33