Why does the headline match masonry? The answer lies in the date numerology.

Today’s date leaves 48 days in the year, syncing up with his real name:

Freemasonry was founded by the numbers in relation to solar eclipses. This is related to the story of the crucifixion of Jesus, which occurred in darkness. 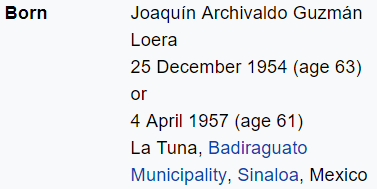 If he was really born on that date, look how old he would be:

Also check out the gematria of his birthplace as it is listed:

The New Testament starts with the 42 generations to Jesus.

His other given birthday of April 4th is 142 days after today’s trial: 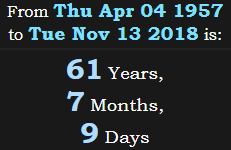 Those who put Jesus to death were Jewish. Perhaps they were some of the false Jews, who the book of Revelation says will rule the world in end times. It refers to them as The Synagogue of Satan

In Reverse, Synagogue of Satan lines up with both El Chapo and Jesus

By now, we should understand that Jesus is often equated with the number 666. Rapper XXXTentacion was a good example of this.

Check out how El Chapo’s full name, with foreign characters replaced, sums to the same as how the Masonic Bible writes 666 out:

A Sanhedrin is a Jewish judicial body.

In the Bible, the Sanhedrin trial ultimately led to the Crucifixion of Jesus Christ

The word Sanhedrin sums to 317 in English gematria

The Sanhedrin trial sent Jesus to Pontius Pilate, who, despite initially finding Jesus to be innocent, was ultimately responsible for him being put to death by the Roman courts.

Basically, no matter how you write this guy’s name out, it has multiple matches with Masonry, Scottish Rite, and Freemason