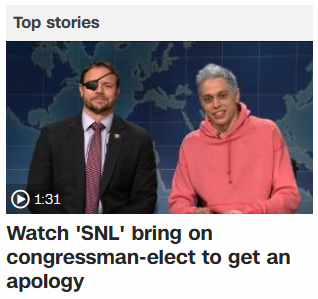 Although disguised as an organic event, these two men were brought together as a numeric ritual in order to celebrate Armistice Day, which began a half-hour into last night’s SNL episode on the east coast. 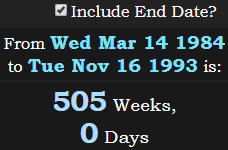 Both of their names sum to 64

Armistice Day is usually the same date as Veterans Day, unless it falls on a weekend, as it does this year.

In the Reverse order, Big Boss sums to 116

Pete Davidson was born on 11/16
Their birthdays are barely 116 months apart:

He usually celebrates his birthday on the 73rd day of the year:

Crenshaw was born on March 14th, written 3/14
His appearance on SNL was on the 314th day of the year:

3.14 are the first three digits of Pi, which resolves the mathematics of the circle, in which there are 360 degrees.

As the clock reached midnight, Pete Davidson turned 360 days after his birthday:

Armistice Day has the same gematria as Metonic Cycle

Crenshaw lost his eye in Afghanistan