The Premier of Victoria, Daniel Andrews, was in his 127th day of his age:

On the date of the attack, Victoria’s Governor, Linda Dessau, had been in office for 3 years, 131 days:

With a d, Hassan’s Jewish gematria is very similar to that of the English gematria of Islam

It also matches Bavarian Illuminati in multiple base methods:

Recall how the first car attack on Bourke Street occurred on January 20th of last year, the date written 1/20

He was a restaurant owner since the year ’74

He owned a cafe named Pellegrini’s on Bourke Street in Melbourne, Australia

All four of these officials had alignments to the basic gematria of Melbourne from their dates of birth:

Governor-General Peter Cosgrove was in his 105th day after his birthday:

Australian Prime Minister Scott Morrison was in his 181st day since his birthday:

Queen Elizabeth was a span of 29 weeks after her birthday: 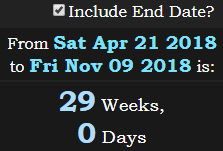 And finally, Chief Justice Susan Kiefel was in her 297th day of her age:

Not a real match, but interesting she was born on 1/17