This channel had Marty Leeds on last month. 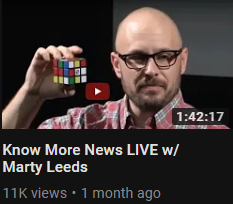 After getting a lot of comments from Zach’s supporters, he finally had Zach on a live stream the other night. That stream has already been deleted. This is Zach’s video responding to his appearance, where Adam calls in and berates him for being “insane”. Anyone who thinks that, yet claims to be fighting Zionism, is either a shill or a fool.

I don’t know for sure which one Adam is – some of his research is pretty interesting, but his behavior when speaking with Zach was not at all becoming of someone who is honestly seeking knowledge and trying to learn. He continued to express skepticism an hour into the interview, and was suspiciously selective in the Super Chats he mentioned on air.

What I’m about to share is evidence, and should be considered, but in no way proves whether or not the operation is a shill movement. But there are enough syncs for me to turn my head.

Is Adam Green’s Know More News Channel coded, as any controlled opposition movement would be? He promotes the Goyim Defense League 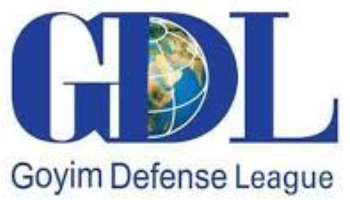 Know More News sums to the same as Freemasonry in both Reduction methods.

The highest degree of Masonry is said to be the 33rd

I believe many of the people associated with the Goyim Defense League are honest people. But if Adam Green is a real truth-seeker, then we have a LOT more work to do in order to wake people up.

Russian Jet Intercepts U.S. Plane Over Black Sea
The Media Says Voting Can Save Your Life