This occurred on a date with standard numerology of 51

The date also had reduced numerology of 17

You have to admire the “coincidence” that this story from Rome comes just one day after Roman Reigns took a hiatus from WWE to battle Leukemia.

Most of the people on the escalator were going to see a Champions League football match.

The President of Italy, Sergio Mattarella, has been in office for exactly 194 weeks:

Rome is the home of the Catholic Church

In Ordinal, Catholic sums to 71

This collapse was a span of 71 days after the Morandi Bridge, also in Italy, collapsed:

This escalator collapse was a span of 3 weeks, 1 day after Mattarella’s birthday: 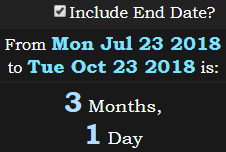 This means he was in his last day of his 4031st week since birth: 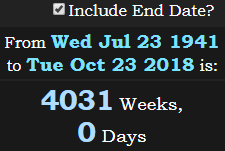 The headline provides a solid hint at who was responsible for this chaos ritual.

The Scottish Rite, along with the Jesuit Order, are playing the role of The Synagogue of Satan, the rulers of the world in end times in the book of Revelation.

This incident occurred a span of 223 days before Italy celebrates its National Holiday: