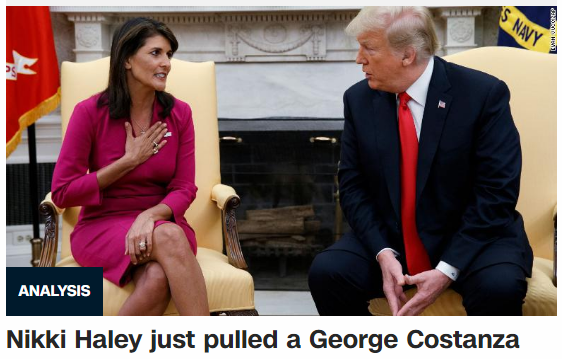 Ugh…really? “Reliable Source” CNN is comparing people to fictional television characters from over 20 years ago? I mean, I probably shouldn’t be surprised by now.

Why make such a juxtaposition on this date? Probably numbers.

George Costanza was played by Jason Alexander, who was born in 59 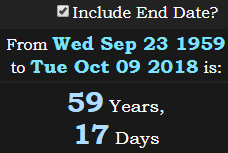 17 is a number connected to the Moon in gematria

There are exactly 17 weeks between the birthdays of Nikki Haley and Jason Alexander:

17 weeks is also 119 days, a number I have been consistently revealing to be coded into stories about the divine feminine

Alexander was born on the September 23rd, the date that leaves 99 days on the calendar:

The Moon ranges 57 degrees around the equator.

He also has Reduced birth numerology of 38

The most significant cycle of time is…you guessed it, the Metonic cycle, which is a period of 19 years.

Those 19 years sync up with 235 synodic months. Quite often, we get a lunar eclipse 235 lunar phases apart from one another.

In Jewish gematria, his name sums to 1237