In this post, I’m going to focus on two players – Scott Oberg, who was recorded as the Winning Pitcher, and Tony Wolters, who knocked in the game-winning run.

91 is a special number to the Chicago Cubs

A day after the Cubs lost to the Brewers, 1-3, they lost in the 13th inning to the Rockies in a game that ended after midnight, on the date 10/3
The 103rd Prime number is 563, matching the name of the game’s Winning Pitcher:

The Brewers started pitcher Jhoulys Chacin, who wears #45
The Rockies’ #45, Scott Oberg, got the win in last night’s game

The name Oberg begins with O, a circle. The circle is the mark of the Beast.

In the King James Bible, the number of the beast is said to be six hundred threescore and six, which has gematria of 313

In Jewish Reduction, this sums to 143

This is related to the Hebrew gematria of the word circle

This is perfect for a win over the Chicago Cubs, whose logo is a circle:

In Jewish gematria, six hundred threescore and six has a numeric value of 1610

The pinch hitter who came up for the Rockies in the 13th and knocked in the game-winning run was born on July 9th, the 161st day of the year:

That man’s name is Tony Wolters

In the Reverse alphabetic order, thirteen has a numeric value of 117

A day earlier, Jhoulys Chacin, whose name sums to 117 and was born 1 year, 17 days before the Cubs’ starter, got the win for the Brewers.

After the clock struck midnight just before Wolters came up to bat, he was in the 117th day of his age:

Wolters was born exactly 117 weeks after the winning pitcher, Oberg: 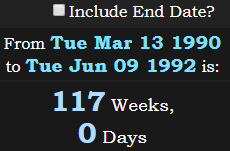 In my post from Monday, I mentioned how 88 is such a significant number to the Curse of the Billy Goat

The Brewers started Chacin, who was born in ’88

Winning pitcher Scott Oberg, and Tony Wolters, who got the game-winning hit, have birthdays 88 days apart on the calendar: