For this post, I’m going to focus on the winning play from the 4th quarter where Aaron Rodgers found Randall Cobb for a 75-yard touchdown. Of course, just like every NFL game, the entire game was rigged – how else could they coordinate the ending if anything before it was random?

But of course, most people cannot see through the illusion of professional American football because what’s really happening is so completely ridiculous, it’s almost unbelievable. In truth, this Packers-Bears game was a theatrical athletic tribute to the War of 1812 and the Battle of New Orleans, which was the war’s last major fight.

See Dan Behrendt’s video on this Packer/Bear game for more about how the War of 1812 has been a theme ever since the Jacksonville shooting. The man who led the American forces in the Battle of New Orleans was future president Andrew Jackson.

The winning play of this game fits the theme – Randall Cobb wears #18, and the pass came from #12.

Cobb was 18 days after his birthday:

Rodgers, who yells “Green 18!” before every snap, threw the ball from the 18 yard line: 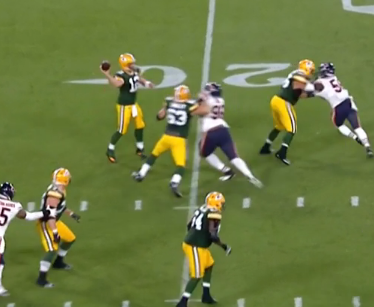 He threw the ball 18 yards, where Randall Cobb caught it at the 36: 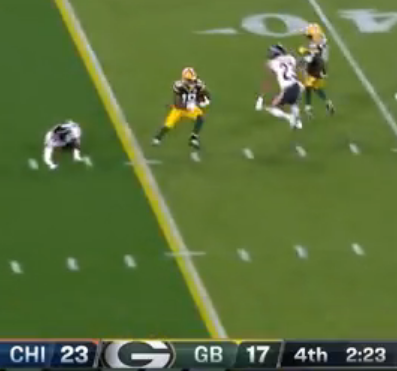 Notice how he catches the ball and turns upfield 143 seconds on the clock.

It was 2 months, 23 days before the birthday of Aaron Rodgers, who collected his third and final touchdown pass on this play:

Cobb darts through the defense, untouched, as Bears players clumsily stumble to the ground around him, allowing the play to continue.

Randall Cobb won the game for the Packers, and it was General Andrew Jackson who finished off the War of 1812 in the Battle of New Orleans. Cobb was born 160 days after Andrew Jackson would have turned 223 years old:

Check out how much time is left on the clock after the play – 2:13 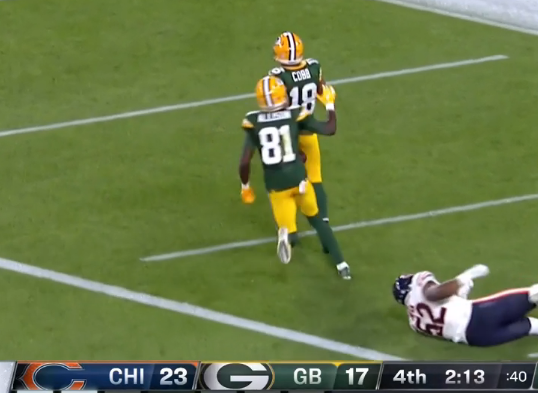 Randall Cobb, as well as his full name, sums to 84, matching the Reverse gematria of the team he plays for, the Green Bay Packers

Aaron Rodgers was 84 days before his birthday:

He was also 9 months, 7 days after his most recent birthday. This is ideal for a fourth quarter comeback in tribute to the War of eighteen twelve

The Packers came back from seventeen points down

I also want to point out how Mitchell Trubisky, the Bears’ QB, has matching gematria with Battle of New Orleans