Within the past month, I’ve made several posts discussing how the number 1313 is related to the divine feminine.

Perhaps there is no better example to confirm this than Mac Miller, who is alleged to have passed away on Friday, September 7th, due to a drug overdose. As we will see, this is all heavily-connected to Ariana Grande, who confirmed their break-up back on May 10th.

He was born in Pittsburgh, Pennsylvania

His final album’s name was Swimming

The 13th Prime number is 41, matching both his name and life lesson number:

His birthday is the date leaving 347 days in the year

The 13th Fibonacci number is 233
He died in Studio City, California

On September 16th, or 16/9 in 2016, Miller released an album called The Divine Feminine

He died exactly 103 weeks later, also in September, from an overdose

The full numerology of the album’s release was 61

The date he died was September 7th, written in the U.S. as 9/7
When The Divine Feminine was released,Miller was 9007 days old:

Remember how two people connected to Dan Auerbach both died on the same day back on 7/03?

Mac Miller was born on the date 1/19, like the Reverse gematria of his ex’s full name:

119 is the inverse of 911. Notice how Mac Miller had two different nicknames with the name Larry

The 9/11 attacks on the World Trade Center, which occurred 1 month, 19 days after Larry Silverstein purchased it, were a ritual strongly related to the concept of divine femininity and masculinity.

The “male” and “female” towers were both destroyed, ultimately being replaced by one “androgynous” tower. Think about how each human cell contains 23 pairs of chromosomes, for a total of 46

Internationally, September 7th is written 7/9. This matches the full name gematria of both Mac Miller and his ex, Ariana Grande

79 is the 22nd Prime number. Mac Miller’s death falls exactly 22 years to the day after 2Pac was shot in Las Vegas.

Miller died exactly 231 days after his birthday. His ex-girlfriend, Ariana Grande, has Reverse gematria of this same number:

Ariana Grande was born in ’93, strengthening the connection between her and Mac

In Reduction, Miller sums to 33
231 days converts to exactly 33 weeks
33 is a number of sacrifice related to the Bible code. Remember, his real last name was McCormick

Miller died 120 days after his break-up with Ariana Grande was announced on May 10th. Including the end date, this is 121 days:

Mac Miller’s first release was on November 8th, 2011. The album was called Blue Slide Park and debuted at #1.

666 is the number of the Beast

The mark of the Beast is the circle 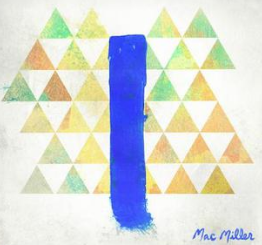 Notice how there are 26 fully-visible triangles. Mac Miller would end up dying at age 26

The triangles of course remind me of the Illuminati…

In the Reverse order, the album title sums to 373

704 is also the gematria of total solar eclipse

In the Gospels, the killing of Jesus Christ happened on a cross during a total solar eclipse

Mac Miller died exactly 2040 days before the Great American eclipse of 2024, which passes within 60 miles of his hometown:

The date can also be written 3/8