The emergency landing was on September 5th, the date written here in the United States as 9/5

Internationally, the date is written as 5/9

It was an Emirates airliner that had to make the emergency landing. Emirates was 23 weeks, 3 days after the anniversary of the date the company was founded back in the year 1985, syncing up with JFK’s full name in English Ordinal:

The plane was Flight 203

With the zero dropped, 23 matches the date numerology:

It was an Emirates plane that had to make the landing

When you write out 54, you get gematria of 117 in Reverse

The date of the emergency landing left 117 days in the year:

The assassination occurred on a date with 25/52 numerology, just like the date of this story:

What do you know – there was a celebrity aboard the plane! Who was it? This time, it was rapper Vanilla Ice, who is from Dallas, Texas, where JFK was assassinated:

The assassination occurred on a date with 88 numerology, syncing up with the gematria of Vanilla Ice in both primary ciphers: 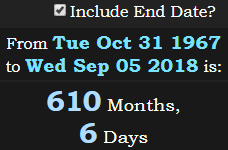 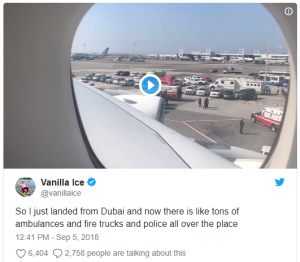 The gematria of his Tweet was a clear nod to Freemasonry:

The highest degree of Scottish Rite Freemasonry is the 33rd. Dallas, where JFK was killed, is on the 33rd parallel.

The compass on the Freemasonic emblem is set to 47 degrees. See more on this super-significant number.

The 47th Prime number is 211. The date of the incident at JFK airport was exactly 20011 days after the assassination: 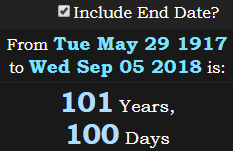