As my research into mass shooting and other false flag incidents has revealed, the dates local politicians are installed into office are taken into account for significant events that occur in their jurisdiction.

Cincinnati has Reverse gematria of 174

The city gets its name from the Society of the Cincinnati

174 is a significant number

The Society of the Cincinnati was founded in 1783, meaning it’s currently 235 years old:

The shooting was at Fountain Square

John Cranley is Cincinnati’s 69th Mayor. Most of the world writes today’s date as 6/9

Ohio was admitted to the Union in 1803
Ohio sums to 47. The Mayor of Cincinnati is John Cranley, and the Governor of Ohio is John Kasich.

The number of the Beast is 666

Time is kept on a clock

John Cranley is 44 years old and exactly 4 years, 40 weeks into his tenure as Mayor: 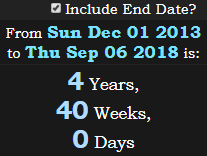 With the end date included, Mayor John Cranley was 191 days after his 44th birthday:

The Governor of Ohio is John Kasich.  He was born on the same date the Society of Cincinnati was founded.

The state he governs is 116k square km. Today, Thursday, is the date leaving 116 days in the year:

It’s 3 months, 3 weeks, 3 days after John Kasich’s 66th birthday and the anniversary of the Society of the Cincinnati: 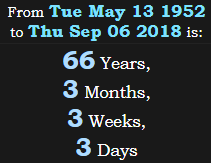