This crash on 8/30 is a tribute to The Circle

Reports are that there was a Greyhound bus crash in Thoreau, New Mexico

By the end of this post, you will understand how this crash is a Pi ritual related to the governor of New Mexico, Susana M. Martinez. Pi is 3.14

3:14 on a clock is 194 minutes. This matches the name of the Governor of New Mexico:

Pi ritual has gematria of 106, similar to the Reduction gematria of Pi. Remember, Pi is also the 16th letter of the Greek alphabet.

After glancing at the date numerology this morning, I pointed out today was ripe for some sort of pi ritual. See why

47 is the number of foundation in mathematics:

The rules of foundation are outlined in the 47th problem of Euclid. The compass on the Freemasonic emblem is set to 47 degrees. See more on this significant number.

This news about this head-on collision with a semi truck in Thoreau, NM in McKinley County falls on a date with 47 numerology:

This bus crash occurred a span of 47 days after another bus crash in New Mexico that is said to have killed three people (3 the soft hoax code):

Susana Martinez is 47 days after her birthday:

New Mexico was the 47th state admitted to the Union. The bus that left from St. Louis crashed 4 months, 7 days before their date of statehood:

The 47th prime number is 211, matching the Reverse value of the name of the Governor…

…As well as the name of the city the bus was headed to:

The word bus has matching gematria with New Mexico 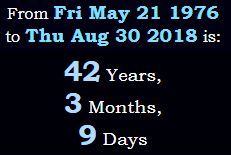 This bus crash happened 42 years, 3 months, 9 days after the worst bus school bus crash in United States history, which was the Yuba City bus disaster in 1976. That crash was in Martinez, California!!! 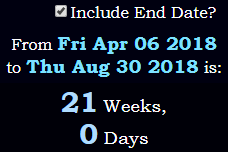 Today has matching date numerology with the word crash:

It’s said that 49 people were on the bus

They’re saying 4 are dead so far:

The death toll is “expected to rise”. They’re also saying 40 are injured:

The crash was also in I-40 near mile marker 50. Here’s why the number 40 is so interesting today:

Both of these numbers represent 173 in numerology, the 40th Prime number:

The word circle has gematria of both 40 and 50

The mathematics of the circle primarily uses Pi (π)

49 people were said to have been on the bus. 49 is 7 squared – they are now reporting that 7 are dead. Initials reports said 4 people were killed.

This crash falls exactly 22 months, 7 days after a bus crash that allegedly killed 13 people in 2016:

Today is the thirtieth of August

The name of the city matches the Hebrew gematria of circle

The bus was said to have been traveling from St. Louis to Los Angeles

…But it crashed in the State of New Mexico

I commonly say the “hoax codes” are 13 and 33. Would you believe the bus’s number?

The Governor is 59 years old

Notice the 24 in the name, the reflection of 42

The Twitter handle has the same gematria as the name. And for good reason. Notice how the Tweet was made at 3:25 pm