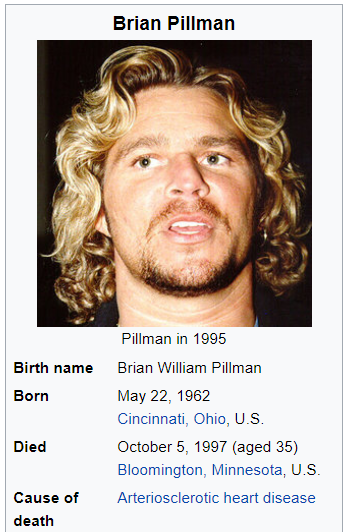 In light of the fact that Jim Neidhart was reported to have died last week, let’s look at the numerology of the death of someone else who was associated with the Hart family, pro wrestler Brian Pillman.

The cause of death was said to be Arteriosclerotic heart disease. He died the same day as the WWF Pay-Per-View event Badd Blood: In Your House

Pillman was born on May 22nd, the 142nd day of the year and died before the event Badd Blood 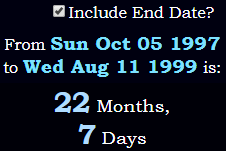 In Reduction, total eclipse sums to 47

Not including the end date, this is 210 days, matching the gematria of heart disease, his cause of death, as well as Budgetel Motel, where he is said to have died:

The date he died was also 136 days after his birthday, matching the gematria of Bloomington, the city in which he died:

That date had full numerology of 131, which syncs up with his full name, as well as the Pay-Per-View he was supposed to wrestle on that same night:

131 is the 32nd prime number. The date had reduced numerology of 32, which matches the gematria of both Badd Blood and Pillman

Pillman died a span of 145 days before the next total solar eclipse, which fell on a date with 145 numerology:

The main event of Badd Blood featured Shawn Michaels vs. The Undertaker in the first-ever Hell in a Cell match

In the Gospels, Jesus was crucified during a solar eclipse

Notice that eclipse is on February 26th, written 2/26

Pillman was billed at 226 pounds:

Notice how he was called The Yellow Dog

Check out the attendance for Badd Blood:

He even played one season for the Cincinnati Bengals of the NFL: