Aretha, the Queen of Soul, died today, a date with 26 and 62 numerology

Aretha began her career in Detroit, Michigan, which is nicknamed Motown (short for Motor Town), which has gematria of 26 and 62

In Jewish gematria, Motown sums to 1170 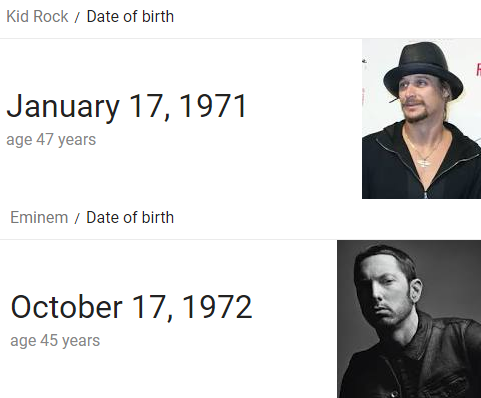 Kid Rock’s real name has this 117 gematria as well:

Note that Jonathan Davis, lead singer of Korn, was born one day after Kid Rock. And one day after Aretha died, when Davis was 47 years, 211 days old, his estranged wife died.

Meanwhile, Eminem will be celebrating his 46th birthday in October

That birthday comes up in 62 days:

His name sums to 168
Aretha died August 16th, the date written internationally as 16/8

Aretha died exactly 41 years after Elvis Presley, aka the King