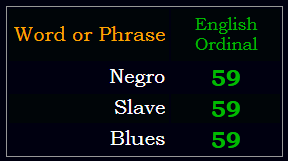 59 is a number commonly stamped into racial propaganda. Five and Nine are the only two numbers to have Ordinal gematria of 42
“Nigger” = 42 (R)

His birthday had 59 numerology

He died 59 days after his birthday:

Tiger Woods made national headlines after an argument with his wife on November 27th, 2009

The name Tiger Woods has symmetrical gematria of 135

Measuring from the death of his father to the date of the scandal’s fallout:

33 is a number of sacrifice. See this slide for more. It’s the age at which Jesus was crucified. On that same date, Tiger Woods was in his 333rd day of being 33 years old: 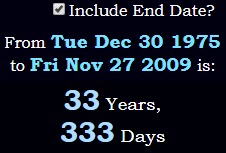 The date had full numerology of 67

The 331st prime number is 2221
The final verse of Revelation is 22:21
The Beast rules for 42 months in Revelation
Tiger and Elin’s argument was 42 months after his dad died: 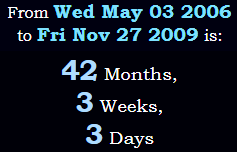