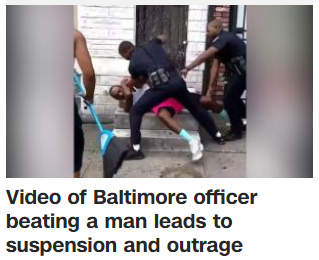 The name of the victim in this story is Dashawn McGrier

It’s a good name for a story about police brutality

This means his total Reverse gematria is 235, matching the Francis Bacon value of the city in which he’s from:

The incident occurred yesterday, but has made national headlines today, the 12th. This is a date with 49 and 58 numerology:

Lately, I’ve been documenting the significance of the relationship between dates of news stories and the dates local politicians took office. In America, the state’s date of admission to the union also seems relevant.

In Ordinal, Baltimore, MD sums to 112

The 112th prime number is 613, which is how many days it had been since the Mayor of Baltimore, Catherine E. Pugh, took office:

The Governor of Maryland, Larry Hogan, had been in office for 3 years, 202 days:

It’s interesting that Maryland was admitted in 1788

See more on the number 113 and deception.