I used to pay more attention to YouTube comments. The reason I’m not up to speed on them like I used to be is because I found it has a negative net effect on my energy. Not all the time…comments like this help. I don’t spend enough thanking those who have reached out to me and shared stories about how my work has changed their lives.

I don’t take many “requests”, because time is limited, but this one seemed interesting to me. Partially because the band was from my area and even had an album called Wisconsin Death Trip. I listened to Static X a fair amount in my high school days.

His full name has gematria of 83, which matches the Reverse value of his place of birth.

This is the Ordinal value of both total eclipse and solar eclipse in Hebrew:

The word murder sums to 83 in Reverse Ordinal

In the Reverse method, his full name sums to 97

Eclipse sacrifice has an Ordinal value of 142, which  Wayne’s full name has when all Reduction exceptions are applied:

The date Wells died had full numerology of 46 and 17, matching both the Hebrew and English gematria of kill and sacrifice

The date he died also had 37 numerology:

He died in Landers, California on a date with a life lesson number of 19

His real name, Wayne Wells, sums to 139 in the alphabetic order:

The cause of death was Multiple drug intoxication

Wayne Static released one solo studio album. It was released exactly 3 years, 4 weeks before his death: 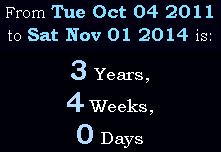 Prior to his death, the most recent total solar eclipse to have occurred fell on November 13th, 2012, almost two full years earlier. Measuring to that date, we find it was 353 days after the first anniversary. 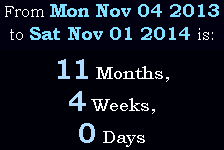 Wells was born on November 4th, the date written 11/4. On the date he died, he was 11 weeks, 4 days after his most recent birthday:

He was 48 years old, matching his band’s gematria:

One last observation – his real name is Wayne Wells, so his initials are W.W. He was born in Muskegon, Michigan

The initials there are M.M. Both sets can be turned sideways in to a 33, which I commonly say is the number of sacrifice.