Once again…33 is a number of sacrifice

Lady Gaga stirred up some controversy by stating he committed suicide. Genest starred in Gaga’s music video for Born This Way

The two are separated in birth by a span of exactly 33 weeks, 3 days: 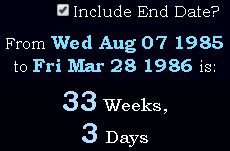 There are also 7 months, 21 days between their dates of birth, He died at exactly 1721 weeks old.

33 has a special connection to 666, the number of the Beast

All week, ever since Apple reached $1 trillion, we’ve seen a number of Beast riddles play out by the numbers. I covered this over the weekend in my last podcast. This continued the day after with the fake assassination attempt of the president of “Venezuela” = 666 (Sumerian)

I’ve also been documenting how 173 is part of the code. “XXXTentacion” = 173 (O). We just saw Brian Christopher die in his 17003rd day alive after a Google Doodle for “Lyudmila Rudenko” = 1073 (Jewish). There was another Google Doodle last week for Maria L. de Hernandez, who died at 1073 months old.
173 is significant because while Jesus was on the cross, he cried out “ELI” for God. ELI turned upside-down is 173.

And just think about the symbolism…Jesus rose from the dead after the crucifixion. Kind of like a Zombie

Solar eclipses are a huge part of the crucifixion code. It’s believed by many that there was a solar eclipse while Jesus was on the cross.

Genest died on the 213th day of the year:

Measuring from the 2017 Great American eclipse to the death of Rick Genest is exactly 11 months, 11 days:

In Hebrew, the word for The Moon sums to 223

There are 223 synodic months in the Saros cycle, which allows us to predict the next solar and lunar eclipse. 223 is the 48th prime number.

Genest died on the date August 1st, written 1/8 in most parts of the world.

The date had reduced numerology of 18

On that date, Lady Gaga was exactly 18 weeks after her birthday:

He was born on the date leaving 146 days in the year:

He was born in LaSalle, Quebec

He died in Montreal, Quebec

The date he died also had 47 numerology

Interesting that Genest was 1331 weeks old when that song came out. See more on this number, which represents a solar eclipse.

His date of birth had a life lesson number of 38

He also had full birth numerology of 119

This is a number of Death