“Officials Say” ?! They might as well stamp Fake News on this story.

The alleged attack occurred at 5:40 pm. Nicolás Maduro has a non-English character in it, so he has Reduction gematria of 54

Maduro is the president of Venezuela. The assassination attempt occurred a span of 4 weeks, 3 days after Venezuela celebrates its independence on July 5th: 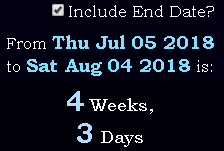 This news story is part of the mainstream media’s Beast riddle that has been playing out all week.

The circle appears to be the mark of the Beast, as we will explore throughout this post.

This riddle appears to have begun when Apple Inc. announced it had surpassed $1 trillion in value.

As I explained in my post about WWE’s Kane being elected Mayor, it seems like the Beast is, or is equivalent to, the concept of Time

In Hebrew, the word for Time has final-form gematria of 747, matching the English gematria of Venezuela’s president, Nicolás Maduro

If Time is the Beast, then it makes even more sense that the circle would be its mark. Time is kept on a clock, and analog clocks are circular.
The emblem of the Society of Jesus is a circle that emits 32 rays

They go by the initials SJ

The Jesuit’s motto is For the Greater Glory of God

In Jewish gematria, The Society of Jesus sums to 1811, which is the year of Venezuela’s independence from Spain

And to top it off, their current president has matching Ordinal and Reverse gematria with the Order

Back to the Beast riddle. “Venezuela” = 666 (Sumerian), the number of the Beast. As mentioned above, I believe the Beast is Time, and the circle is its mark.

I’m struggling to accept that this could be coincidental:

To validate this, we’ll go further. Add the number of the Beast to this phrase and you get 81 two different ways:

It’s been suggested the attack could have been orchestrated by the outgoing Colombian president. That man was born on 8/1, and the guy replacing him was born on 8/10.

The attack falls 111 days before his 56th birthday

Seems orchestrated, doesn’t it? Consider that Nicolas Maduro was born a span of exactly 1 year before the JFK assassination: 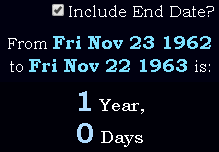