This month, Sacha Baron Cohen began airing a new TV show called “Who is America?”, which was clearly driven by an agenda from the start. The very first episode was created with the intention of making gun rights advocates look foolish.

The second episode aired just a week later, and this one has caused even more of an uproar. Georgia Representative Jason Spencer was the guest on a skit where Cohen plays a former Israeli Mossad agent. Supposedly, Spencer was fooled by Cohen’s disguise, which is just ridiculous. Check out the video in the CNN Article and see for yourself how obvious it is that both men are acting. Spencer apparently sees nothing wrong with sticking a camera under someone’s skirt either. You can’t possibly convince me a public figure like a state representative would just go along with something so ridiculous.

Jason Spencer was born on the 318th day of the year

The date his resignation becomes effective has double numerology of 49

The mainstream media’s favorite number of deception is 113

Sacha Baron Cohen embodies this spirit – his whole schtick is to dress up as a foreign character and lie to the people he interacts with in hopes of trolling them to get a funny reaction.

So it’s appropriate that his birthday is October 13th, written 10/13

Is that just a coincidence? Check out his full birth numerology:

With all Reduction exceptions, the name of the humiliated state representative also sums to 113

Measure the number of days between their birthdays, and you find it’s a span of 3 years 1 month, 1 day: 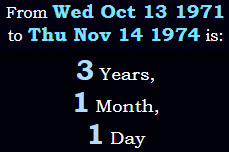 It’s not as if this 113 / 311 coding rarely pops up in the media. Just yesterday, I did two separate posts about this number – one involving Demi Lovato, and the other regarding James Gunn.

Whenever the media “sacrifices” a personality, as is the case with Jason Spencer here, there always seems to be some sort of numeric riddle with Jesus. For starters, the “New Testament” = 42 (R) begins with the 42 generations to Jesus. The date Spencer was sworn into office had 42 numerology:

The second coming of Christ is mentioned 318 times in the New Testament. Spencer was born on the 318th day of the year

His full birth numerology is 118