10 and 18? Perfect for a death and homicide ritual in the Greektown neighborhood of Toronto, Canada

2 were killed, and 13 more were injured

In the Reverse order, blood sacrifice and human sacrifice both sum to 86, matching the name of the shooter in the same method:

In the standard order, these phrases have a value of 67, matching the full date numerology.

It was 67 days before the Jesuit Order’s anniversary.

Active shooter situations are often lined up with the Jesuit Order’s date of formation.

On the morning after the shooting, Mayor John Tory was beginning his 191st week in office.

Was this a false flag incident? As I document in virtually every single major attack, the date the local politicians took office are often significant in relation to the ritual. 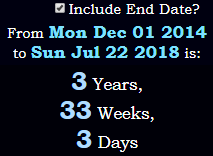 This same duration is also a span of 1330 days:

It’s being said that 13 people were hurt. Remember back in April, when a man allegedly drove a van through a crowd of pedestrians, killing 10? Well this shooting occurred a span of exactly 13 weeks afterwards:

The 13th triangular number is 91. The mayor of Toronto is named “John Tory” = 91 (O). The Toronto van attack from April occurred 901 days into Canadian Prime Minister Justin Trudeau’s term. This shooting occurred a span of exactly 91 days after that van attack, just like the last name of the shooter:

Trudeau took office a little over 141 weeks ago:

On that same date, he was also a span of 210 days after his most recent birthday:

In the Reverse order, the Scottish Rite sums to 632

So isn’t it interesting what time Justin Trudeau decided to Tweet:

The date of the shooting also had alternate numerology of 38

The date also had fateful 47 numerology. As I’ve been covering a lot over the past couple of weeks, this number has been huge lately and is ideal for a killing ritual in Toronto

And for good measure…