Although officially, there were no deaths on the grounds of the Electric Forest music festival over its two weekends in 2018, the event didn’t conclude without incident. I’ve heard rumblings about as many as 4 deaths having occurred among festival-goers, but I can’t find details on any more than just one.

Hunter Lurie, son of Hollywood director and screenwriter Rod Lurie, died at a nearby hospital after suffering cardiac arrest during Weekend 2 of Electric Forest. We endured record-breaking heat for 3 of the 4 final days, and medical tents were jam-packed with dehydrated and exhausted people.

I did a quick check on the numbers and it’s just too weird. Here I’m always talking about these “Jesus” rituals, and how the crucifixion of Jesus continues to get played out through the numbers on a stunningly-regular basis, and we get this death, which on the surface, seems like just any other drug-related death.

A part of me is beginning to wonder if the code by which people naturally die is implanted in the Bible, disguised as the story of Jesus Christ. It seems crazy, but to me, so does suggesting everybody is being murdered by this code. I suppose either is possible most of the time.

Hunter Lurie has the same gematria as Jesus Christ

In the Bible, Jesus was crucified under a solar eclipse. This death falls a span of 316 days after the 2017 Great American eclipse, and “Jesus” = 316 in Hebrew gematria.

In extended gematria, Jesus sums to 515
So does the number 33, the age at which he was crucified 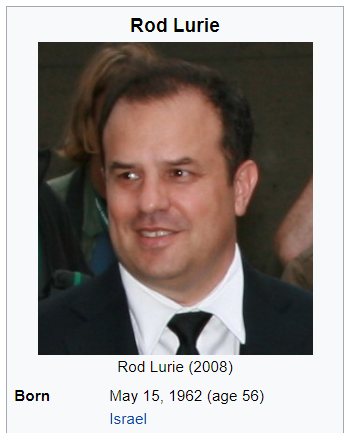 According to Rod’s own Tweet, his son passed away on July 2nd:

The hospital his son died in is in Muskegon, Michigan

Hunter died 96 days before his own birthday of cardiac arrest

Hunter was born on a date with 97 numerology

Including the end date, he died a span of 97 days before his birthday at Mercy Health Hospital

97 is the 25th prime number. His date of birth also had 25 numerology:

The hospital is located in Muskegon, Michigan, which sums to 79, the reflection of 97

Finally, since I did make this post, I feel somewhat obligated to mention this. It could be total coincidence, it could be huge, I don’t know.

Rod Lurie has matching gematria with the Scottish Rite:

Also, how interesting is this…I just made this post about Matt Cappotelli, who had to retire due to a brain tumor, and later died from brain cancer. Hunter Lurie’s proudest professional accomplishment was a series of short films he helped create for the Pediatric Brain Tumor Foundation.