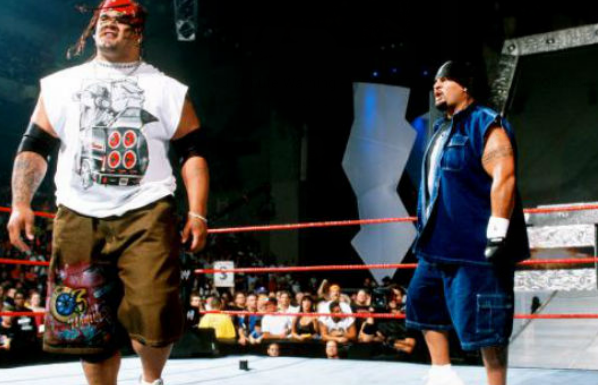 Before Ed Fatu was known as Umaga in his professional wrestling career, he was called Jamal. He teamed up with Rosey, a.k.a. Matt Anoa’i, the brother of current WWE superstar Roman Reigns, in a team called 3-Minute Warning

Well they also both died at fairly young ages. Measuring between their dates of death gives us 2691 days:

Both of these men’s full names had 73 gematria: 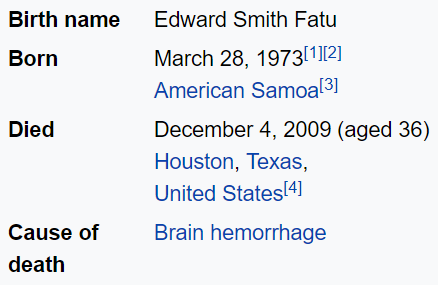 He died 251 days after his birthday in Houston, Texas of a hemorrhage 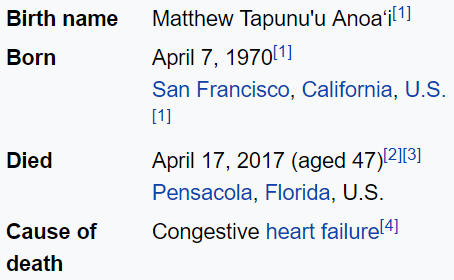 187 is slang for the homicide code