The year was 2007. The event was WrestleMania. At Ford Field in Detroit, Michigan, Bobby Lashley found himself with a new manager named Donald Trump, who would go on to become the United States President in less than 10 years.

Trump was elected president on November 8th, written here in the United States as 11/08 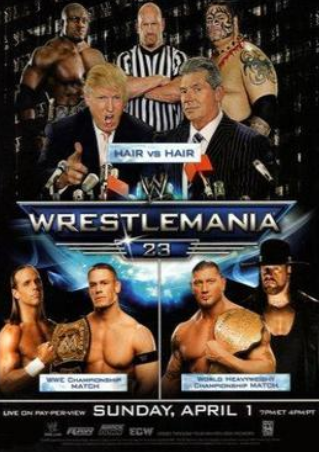 Notice how it was April Fool’s Day. Perfect for a Trump appearance – his whole presidency is a joke on the American public.

It was 4007 days before the conclusion of the Austin Bombings. Stone Cold Steve Austin was the special guest referee.

Ford Field is in Detroit

Lashley was exactly 37 weeks after his birthday on the date of the event. He was born on a date with reduced numerology of 37

The 37th prime number is 157. Measuring from the 1946 birthday of Donald Trump to the 1976 birthday of Bobby Lashley gives us exactly 1570 weeks

After Lashley won, Vince McMahon had to shave his head because it was a Hair vs. Hair match 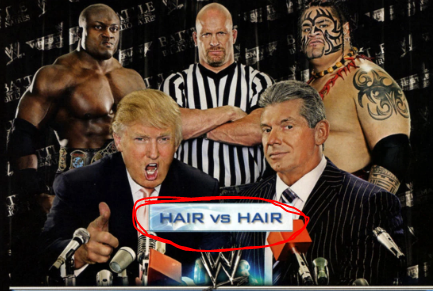 In the standard order, Hair vs. Hair sums to 113. This is a good number to go along with April Fool’s Day.

The inverse of 113 is 311. There are exactly 3 years, 110 days between the birthdays of the two participants in the match, Bobby Lashley and Umaga:

Measuring between the birthdays of Donald Trump and his representative wrestler, Lashley, is a span of 30 years, 33 days. It’s also exactly 10990 days:

WrestleMania 23 was held in Detroit, Michigan

In 2017, when Trump took office, he was 70 years, 7 months, 7 days old on inauguration day. This syncs up with Bobby Lashley’s full name in Primes 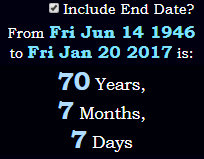 777 is the Octal of 511. Trump ran his campaign for exactly 511 days, and was elected in with the 115th Congress. 511 days after inauguration, his campaign manager, who has the same gematria as Trump, was sent to jail.

WrestleMania 23 was 511 weeks before Inauguration Day: