This is the year 2018, so it’s fitting to get a Movie about the Moon missions.

This movie about astronaut Neil Alden Armstrong comes out 84 days after the anniversary of the made-for-TV Moon landing. 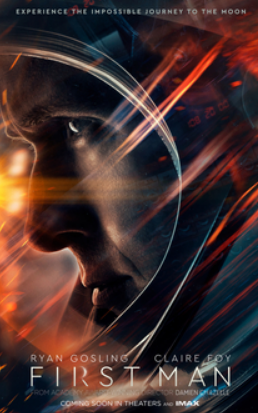 On the date of the release, Ryan Gosling will be exactly 11 months into his 38th year alive:

In Hebrew Reduction and Ordinal, “Moon” sums to 11 and 38

Neil Armstrong is being played by actor Ryan Gosling

The Movie is being released a span of 2 months, 23 days after the anniversary of the Moon landing: 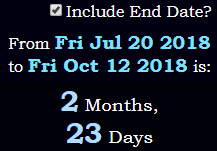 Gosling’s birthday shares 13/31 numerology with the movie’s  release. 1331 is the number that represents a total solar eclipse.

The Moon completes one lunar phase every 29.5 days

The full date has reduced numerology of 15, syncing up with the gematria of “Moon”

The lunar calendar adds one 12-month year every 33 years to keep pace with the solar calendar. This movie will be released on a date with a life lesson number of 33

October 12th also has numerology of 42, just like the Moon landing

NASA is synonymous with Freemasonry. This movie will be released a little over 590 months since the Moon landing:

Both the Moon and Sun are said to be 108 times their diameter from the Earth.