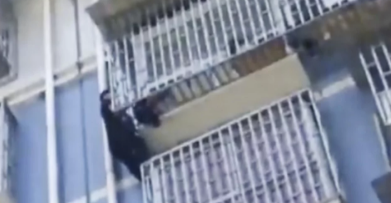 113 is the mainstream’s favorite number of deception
He is a retired Military veteran in Hunan province, China

I noticed they’re also calling him a retired soldier

There’s more connections to the numbers of masonry here, starting with the Jewish gematria of military veteran:

From what we can tell, Masonry appears to take marching orders from the Jesuit Order

Why does the media insist on coding 119 or 911 into every damn news story involving a frickin building?!

Remember the story from last week about the “French Spider-Man”, Mamoudou Gassama, the Malian immigrant who climbed a building to save a child in France? Wouldn’t you know…the story about the Chinese Spider-Man comes out 13 days after that video was uploaded. 13 is the primary ritual code.

In the story about the Frenchman, I mentioned that “France” = 115 (RO) and the story came out 1 month, 15 days before Bastille Day and 115 days before Mali’s Independence Day.

So it’s pretty funny that this story comes out 115 days before China’s National Day: