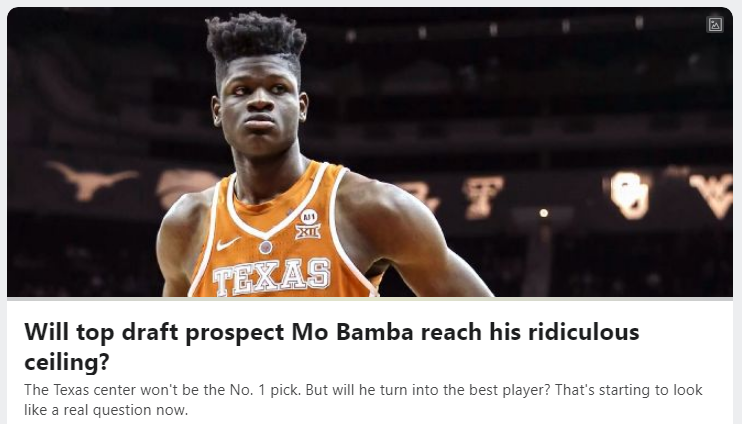 Less than two weeks from the NBA Draft, ESPN decides to make its leading article about the potential inability of likely top pick Mo Bamba to live up to expectations.

Revelation is the 66th and final book of the Bible. On the date of this story, Bamba is 20 years, 29 days old:

The 229th verse of Revelation reveals the number of the Beast, who rules for 42 months

Six hundred threescore and six of course counts up to 666

A number integral to the mathematics of the circle is 227, as highlighted on this slide.

Think of the name Mo Bamba. Remember a basketball player with the nickname “Black Mamba“? That man was Kobe Bean Bryant. 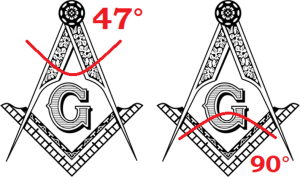 47 degrees on the Freemason compass

The 47th prime number is 211, syncing up with the gematria of his High School and Kobe Bryant’s nickname:

From Westtown, he went on to play at the University of Texas.

I wonder if this would help people realize how these athletes are in no real control of their own destinies?

Texas, just like all big universities, are feeding the machine that is the Jesuit Order’s web of bread-and-circus sports leagues.