Anthony Bourdain, host of “Parts Unknown”, was found dead in his hotel room at age 61 this morning. There doesn’t seem to be any mention of how he died other than it being a suspected suicide.

The premiere of the show’s current season, Season 10, aired on the 119th day of the year:

Measuring from the date Bourdain died to his next birthday, which would have been on June 25th, gives us 2 weeks, 3 days

Bourdain died on a date with 23 and 32 numerologies

In the alphabetic order, Ritual sacrifice sums to 154

The last episode of Parts Unknown to have aired before his death was on June 3rd, the 154th day of the year:

He was born on a date with 34 numerology:

The 34th prime number is 139. Before Parts Unknown, the most recent TV show he hosted was called The Layover 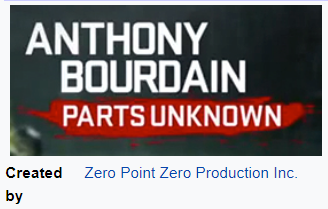 It will air on a date with 34 numerology

Cajun Mardi Gras will be the 95th episode…

The show will be airing on June 17th, written 6/17 here in the United States.

13 is the primary ritual code

The last episode of Parts Unknown to have aired before his death was the 93rd:

It was called Hong Kong, a city which shares many numbers with “sacrifice”

June 8th is an interesting day for a sacrifice. Last year, we had the death of Glenne Headly on this date. The date is written 6/8 or 8/6 – to get 86‘d is to get killed. Coffins go 6 feet deep and are 8 feet long.