For anyone who missed my posts from yesterday, it’s worth leading off with this: I have been documenting how all three of the big TV personalities to take a huge hit to their reputation had connections to the number 474.

Her television show is named “Full Frontal with Samantha Bee” 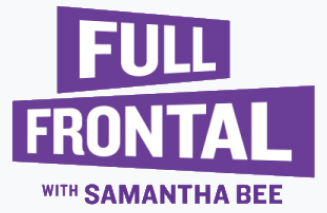 The woman she spoke out against was Ivanka Trump

There’s a span of exactly 627 weeks between their birthdays.
627 is the Octal conversion of 407

Samantha is 147 days before her birthday today, which has 47 and 74 numerology:

The 4th prime number is 7, and 47 is the number of foundation, and it, along with its reflection 74, are of extreme importance to this study.

Measuring between the birthdays of Samantha Bee and Ivanka Trump gives us just a few days over 144 months:

Her comments are being criticized as being “vile and vicious”

The date is written here in the States as 5/31

Isn’t it kind of funny that Samantha Bee is in the top story, at the exact same time the Scripps National Spelling Bee is on ESPN?

There’s a “Moon” riddle to Samantha Bee’s story, as told through the numbers.

223 is the 48th prime number, syncing up with the Latin name for the Moon.

The Hebrew word for Moon, without referring specifically to ours, sums to 218

On the date these two advertisers began pulling their money from Samantha Bee’s television show, she is exactly 48 years, 218 days old:

Does this week mark the “final chapter” of Samantha Bee’s TV show? It debuted on February 8th, 2016, meaning today is 844 days since it first aired.

The controversial remarks were made in her show’s 83rd episode: