This bullshit story is about a man who was allegedly murder by police in January of 2014. The story is intended to confuse – read it yourself and try to make sense of what happened.

The incident ended with police firing 4 shots through Hill’s garage door, with 3 striking him. One was a headshot, claiming his life.

Pretty accurate, aren’t they? How often do the police hit 3 of 4 shots when their target is actually visible? But again – nevermind these perfectly logical questions. It’s in the news, so it must be true!

This story is about the death of a man named Gregory Hill, Jr. at the hands of a St. Lucie County deputy.

187 is slang for the homicide code. Deputy Christopher Newman committed this homicide on January 14th, written 1/14

This all went down on the 14th day of 2014. The article states Hill’s 14th amendment rights were violated.

We’re being told the jury awarded only $4 for the wrongful death. This is another confusing element of the story – why offer any money at all? $4 is more like a “fuck you” to the family of the deceased. How could anyone do that?! It’s unrealistic.

So it seems as if no one is crying about this death at the police department. Think about how when a woman cries, Mascara often runs down their face. Perhaps this is why we get the ironic name of the local sheriff, Ken Mascara.

It happened on a date with 13 numerology:

This story comes to us from Fort Pierce, Florida

Let’s look at the headline we’re given for this article. To me, this points at the story being a hoax – after all, the shooting is said to have occurred at 3 p.m. But remember – just because they’re lying doesn’t necessarily mean nobody died.

The 903 in Reverse represents 93, which is a number of propaganda

93 is also the number for Saturn, which has Extended gematria of 741, like the headline’s value in ALW.

Furthermore, 6170 represents 617, which is the 113th prime number. 113 is the mainstream’s favorite number of deception

It seems as if the deceivers like to muddy the waters. While we know the story is a lie, it’s difficult to get a read on whether or not anybody died, as they’ve also coded sacrifice numbers.

The 6220 is Jewish gematria is also interesting:

City Law where Hill was gunned down prohibits “unnecessary noise”, as phrased by CNN 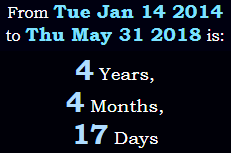 Measuring from the date Gregory Hill Jr. was shot in his garage, to the date of this ridiculous news story regarding his $4 payout:

The name of the officer who killed Gregory Hill is quite masonic.