Gematria is geometry within the language. Few things illustrate this better than the concept of pi, and the simplest equation to get a close approximation, 22 ÷ 7
See slide

This is a key element of the ritual that was the death of Princess Di and her boyfriend, Dodi Fayed. I’ll also be discussing how this was related to the Great European total solar eclipse of 1999.

This date also happened to be exactly 227 days before Dodi Fayed’s birthday: 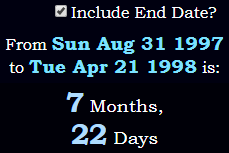 The current (and present) Queen of England, Elizabeth II, was a span of 7 months, 22 before after her next birthday on this same date:

Of course, Diana was not called “Princess” because of her relationship with Dodi. She was previously married to, then later divorced, Prince Charles, who was born on November 14th, which is normally the 318th day of the year:

Diana divorced Charles on a date with 132 numerology:

The queen was also 132 days after her most recent birthday on the date Diana and Dodi Fayed died:

Measuring instead from the most recent birthday of Charles, who Diana was previously married to, gives us 290 days:

This was also a span of 2 months, 15 days until his next birthday:

1999 marked a very significant total solar eclipse. It was one of the rare few to cross over England, as well as many other nations in Europe. It’s the Eclipse that Diana and Dodi were sacrificed for: 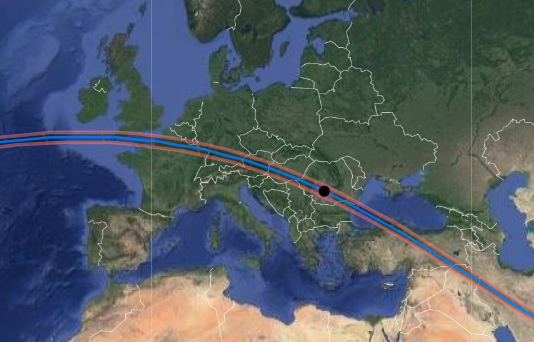 The birthdays of Princess Di and Dodi Fayed are separated by 74 months:

The funeral was on the date September 6th, written in Britain as 6/9

She had birth numerology of 69

She was in her last day of being 433 months old on the date of her death:

Di and Dodi died on a date with fateful 38 numerology

The date also had numerology of 109

This date also had 55 and 155 numerology

The date she actually passed away, August 31st, was 101 weeks, 3 days before the Great European eclipse of 1999: 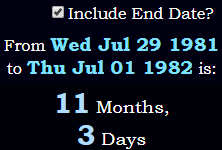 She first became a Princess on her wedding date, which was a span of 11 months, 3 days before her birthday:

643 is the 117th prime number. Measuring again to the European eclipse and including the end date:

It seems like Diana was destined to be a Princess from birth. Consider Diana’s real name also has 103 gematria:

The driver of the vehicle she died in also had this gematria:

She died exactly 1 year, 3 days after her divorce with Charles was finalized:

It’s even said she hit the 13th pole of the tunnel she was riding through. It’s said the vehicle was traveling 65 miles per hour, which is suspicious, considering how it matches the date’s life lesson number:

It’s said the Princess and her boyfriend died in Pont de l’Alma tunnel.

113 is the mainstream media’s favorite number of deception. Given how deep all of this coding goes back to Diana’s birth, it’s hard for me to believe anyone really died that night. Of course, if they did, it was a measured sacrifice.

Henri Paul was the driver…

It’s the Scottish Rite of Freemasonry that uses the number 13 so prevalently for these rituals.

This was one of the biggest news stories of ’97