I have no idea if this is really the type of thing that will be left as a clue, but there’s certainly intent here.

As I’ve been documenting on this blog, the Brewers are the “Moon” team of the Major Leagues, and as I predicted several weeks ago, their hot start was likely to only continue. This is 2018, the year of two total lunar eclipses and the biggest Supermoon since ’48.

The Brewers have only ever made one World Series. It happened in ’82, when Harvey Kuenn took over as manager in the middle of the season and led them to a Game 7 against the St. Louis Cardinals, where they lost a 6th inning lead, ultimately losing the series 4 games to 3.

The winning pitcher for Milwaukee was Brent Suter, who was 3 months, 6 days before his next birthday:

Today is 21 weeks, 6 days from the start of the World Series:

This was the Brewers’ 50th game of the season

In Greek Isopsephy, “Circle” sums to 740

Today, the Brewers scored 7 runs in the 4th inning

The Brewers went on to win the game 9-2

During this 7-run 4th inning, there was a clear 82 tribute, hinting perhaps at 1982, the last year the Brewers went to the World Series.

First, it was Jesus Aguilar with a two-run base hit to start the scoring. Look at the speed of the pitch: 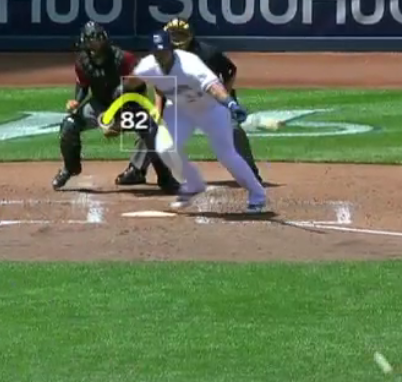 A few batters later, Tyler Saladino knocked a base hit to center field with runners on 1st and 2nd. It was an easy ball for the center fielder to pick up and throw in to make sure the runner from first didn’t score. 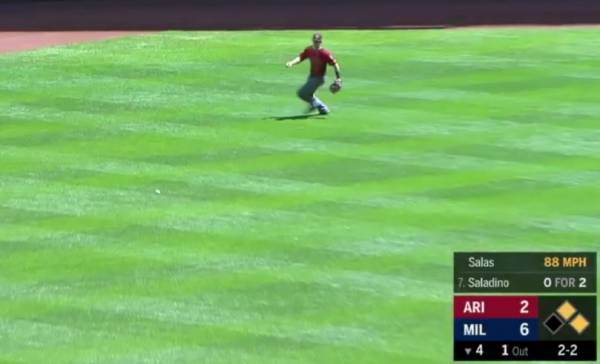 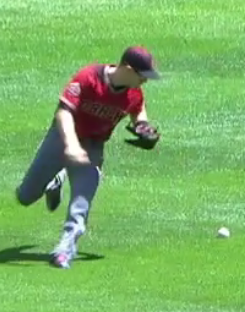 Instead, he comically misplayed it, closing his glove before the ball went into it. This mishap let both baserunners come all the way around and score to make it 8-2

Just to make sure both baserunners could safely score, even the shortstop played a little whoops-a-daisy with the ball. 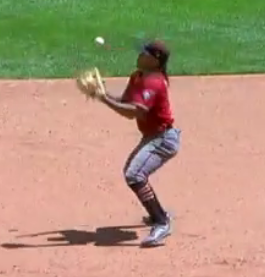 Two little defensive hiccups on one play. Sure, it could happen at random, but when you have eyes to see, and understand the language being used to rig these games, it becomes crystal clear that all these men involved are doing their part to make sure as much as possible goes according to plan.

More in regards to their 7-run 4th, in light of circle summing to 740 in Greek, and today being the 143rd day of the year…

The Moon is the largest observable circle in the sky.

The winning pitcher was Brent Suter. He was 267 days after his birthday.