In light of yet another false flag school shooting having occurred in Santa Fe, Texas today, let’s take a trip down memory lane to December of 2012, back when comparably fewer people were awake, and look at the numerology of the Sandy Hook school shooting.

A comparable school shooting occurred in 1996 at Dunblane Elementary School, where first graders were gunned down by an adult shooter, the same thing that happened in Newtown, Connecticut.

The shooting in Newtown, Connecticut was part of Project Longevity. Governor Dan Malloy announced the project less than three weeks before the shooting.

The announcement came on November 27th, what is normally the 331st day of the year

Newtown, Connecticut was founded in the year 1711

The Dunblane Massacre occurred on the 73rd day of a leap year:

The name of the shooter at Sandy Hook was Adam Lanza 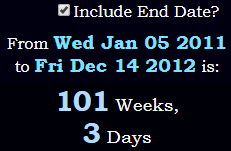 This also converts to 23 months, 9 days

13 is the primary hoax code