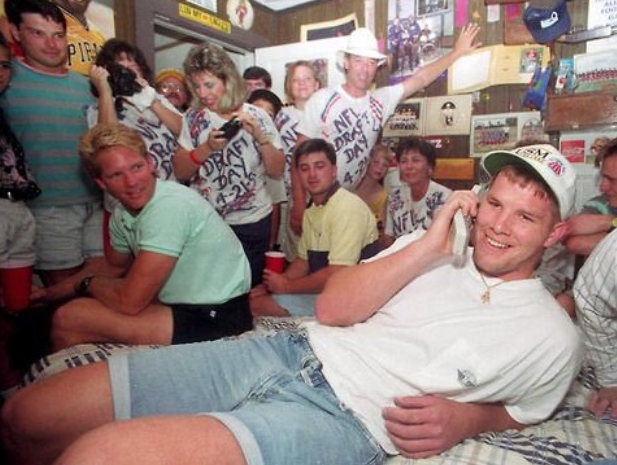 Baker Mayfield was this year’s #1 overall pick in the NFL Draft. On Draft Day, he and his family paid tribute to the “famous” Brett Favre Draft Day photo.

Favre was drafted 33rd overall in 1991. This was the picture taken of him on the phone that day:

And this was the picture taken of Mayfield this weekend: 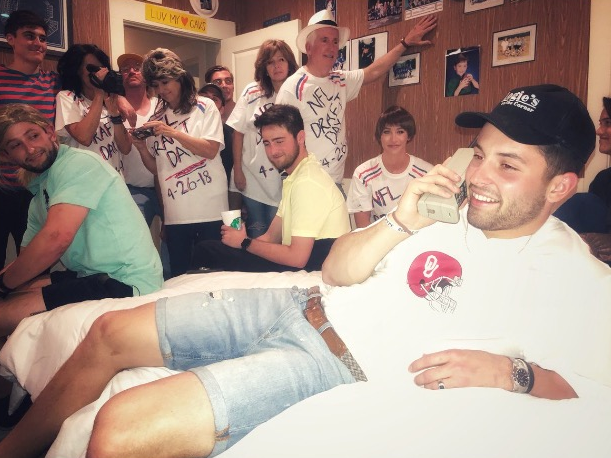 Kind of arrogant, don’t you think? Favre is one of the greatest – if not sloppiest – quarterbacks of all time. And here’s Mayfield, putting himself in the same light as him.

So did he just randomly come up with this on his own? Of course not. This has to do with the amount of time between their birthdays.