Hahaha…This time, it’s T.J. Miller. They’re saying this guy made a threat from an “Amtrak”

The number 19 was integral to the Austin bombings. See my post from yesterday about Packers WR Trevor Davis being arrested 19 days after the bombings ended.

This is also funny because T.J. Miller was also arrested in December of 2016 for assaulting an Uber driver.

Why? Because they were arguing over Donald Trump. Ha!

The 93rd prime number is 487. Measuring between the two dates of his arrests:

Miller is a good candidate for media hoaxes because his gematria matches that of the number 13, one of our primary hoax codes, along with 33.

He was arrested on the 99th day of the year:

(Also note how Wikipedia says he was a “typical class clown”)

The actual bomb threat was made on March 18th, a date with a life lesson number of 32 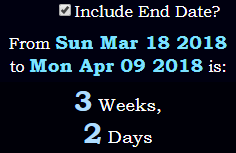 Perhaps this is just a coincidence? Facebook has been littering the headlines today: