For the past couple years, many people have been mentioning Seattle as a candidate for a major cataclysmic event to occur within the next couple years. JEWrassic Liars recently did some work on this and mentioned June 14th of this year as a potential date. While I’m leaning more towards something big happening in 2020 (as is he), there are certainly some interesting alignments with June 14th.

999 weeks is a little over 19 years
“Seattle” = 19 (Full Reduction)
Seattle begins with the 19th letter. The Space Needle opened 19 weeks after it was completed.

Before the Mariners, Seattle had a baseball team called the Seattle Pilots.  They moved to Milwaukee and became the Brewers.

“Revelation” = 49 (Full Reduction)
2018 is 49 years after 1969. Recall all the 49 tributes in the Falcon Heavy launch, which came 49 years after the Eagle landed on the moon, just days after the “Eagles” = 49 (Ordinal) won the Super Bowl, and just days before the Stoneman Douglas Eagles had a major school shooting.

Jenny Durkan is currently the mayor of Seattle. This woman, part of the Zionist agenda of normalizing LGBTQ’s, is absolutely loaded with interesting numbers.

On the date the Space Needle was designated as a Landmark, it had been just over 448 months since the building was completed. Mayor Jenny Durkan was exactly 48 weeks after her 40th birthday: 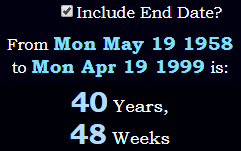 It’s almost impossible to collect all my observations about the Space Needle dates…but it’s really tripping me out how often I’m coming across the same numbers I kept finding in the Austin Bombing hoax, which was 100% a ritual for the solar eclipse that will pass over the city in 2024.

For instance…look at the duration of time from the start of the Space Needle’s construction to the 9/11 attacks: 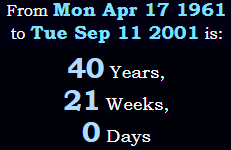 911 is the 156th prime number, making this especially ominous:

Construction began exactly 333 days after Mayor Jenny Durkan’s second birthday. It was completed on her 1300th day alive. On the day it opened, she was 1433 days old – that’s the 227th prime number.

Durkan was sworn in 193 days after her birthday.  Space Needle construction began 19 weeks, 3 days after the city’s 91st birthday and dedicated as a Landmark 1930 weeks after it opened. 193 is the 44th prime number.

Remember where the last major terrorist attacks occurred in 2001:

Both cities have “att” in them, the first three letters of “attack”. The Space Needle opened 32 weeks, 1 day before Seattle’s birthday.

I may be adding more to this post as time goes on if I get the inspiration.