On January 11th, 2016, this randomly appeared in Times Square:

I think it’s clear now to see that this was hinting at his eventual death on Pi Day of this year.

Measuring from this date to the date Hawking died:

Thanks also to Brother Berg @ Extra Capsa for posting this find: 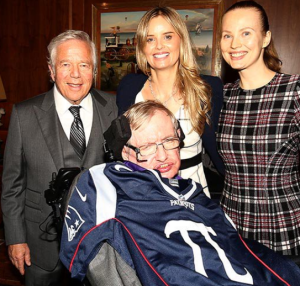 Kraft made Hawking an honorary New England Patriot exactly 99 weeks before he died.