It’s being reported that a school shooter in Maryland was stopped within seconds by the school’s lone resource officer after only two were shot. The shooter was named Austin Wyatt Rollins.

Set aside the fact that the other big news from yesterday was again from Austin, Texas. These three names all belong to famous WWE wrestlers: 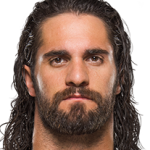 Wrestlemania 34 is just around the corner. This shooting took place on a date with a life lesson number of 34

In the state of Maryland:

It was also 3 months, 4 days before Freemasonry’s birthday:

The date March 20th is written here in the States as 3/20. It occurred at Great Mills High School

This date had 32 numerology:

Also on this date, a bomb went off at a FedEx facility.

March 20th is the 79th day of the year in non-leap years:

The hero of the story is:

13 and 33 are the primary hoax codes. Let’s see if we can find them easily in this story:

1003 was the gematria of the Parkland shooter:

They’re saying a “school resource officer” is responsible for putting a quick end to the shooting.

113, the mainstream’s number of deception

His name in the alphabetic order sums to 272, a number that “death” has double gematria of:

His name in the Reverse Order reminds us of the date of the Valentine’s Day massacre at Stoneman Douglas High School, which was 2/14. The original St. Valentine’s Day Massacre was in Chicago in 1929, the same year Great Mills HS was founded.

As for the 115 Reverse Reduction:

The Austin bombing was related to the Unabomber. See my video discussing that (near the end)

Kaczynski was arrested on April 3rd, the date leaving 272 days in the year

On top of that, Austin Rollins shares gematria with the Austin bomber, who died within a day of this school shooting.

The shooter was 17 years old

The name of the officer who shot him was Gaskill.

More Bombs Exploding in Texas
Austin Bomber Blows Himself Up