This performer was killed while performing a new act for the very first time. Doesn’t this sound familiar? In December, there was a train wreck in Washington on a train’s first-ever trip. Just last week, a pedestrian bridge collapsed less than a week after it was installed. Now, a performer has died the very first time he attempted a new routine.

I point this out because it’s my belief these accidents are staged, by the numbers. I guess it makes a little more sense for a Cirque du Soleil performer to have a mistake during a routine’s initial performance – the train wreck and bridge collapse do not make sense, however.

The man’s name was Yann Arnaud

The date had full numerology of 58

It was the 76th day of the year

This occurred on a date with 38 numerology

He had performed with the company for 15 years

The name of the act was “VOLTA”

Arnaud posted a Tweet shortly before he attempted the performance. It had eerie gematria:

“After so much work and training and staging, our straps duo act is finally in the show tonight. It’s time to go for it” = 444 (Full Reduction)

“After so much work and training and staging, our straps duo act is finally in the show tonight. It’s time to go for it” = 1155 (English Ordinal)

In the standard alphabetic order:

Arnaud’s Jewish gematria leads to a really interesting sync with Cirque du Soleil’s age at the time of the accident. 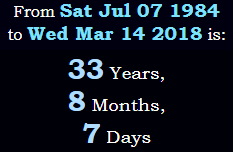 The first death of a Cirque du Soleil performer to ever occur at a show was just one week before the company turned 28 years old.

Measuring between those two deaths:

722, the reflection of 227, which is connected to the circle, which is the mark of the Beast.

(The last death from 2013 was not even seen by the fans. An announcement let them know. The woman fell 90 feet into a pit that, in theory, could have been padded)

Did this man really die? I doubt it. I found a video of the fall. There are warnings saying it is extremely graphic; however, as long as you’re not unreasonably squeamish, you should watch this for yourself:

They’re reporting he fell 20-30 feet, but in the video, it doesn’t look at all higher than 10-12 feet. It’s a pretty wicked fall, but was it truly fatal? He doesn’t appear to land on his head or neck.

It’s possible this was a “mock” public sacrifice. 113 is the number of mainstream deception.

Coincidence? Maybe…but remember, the news does not allow us to question what it reports as truth. The way my eyes see it, the possibility exists that this fall was just a stunt that ends his career and comes with a big payoff. We simply don’t get to know.