This shooting occurred on the date March 9th, written 9/3 in most parts of the world.

The shooting occurred at “Pathway Home”, a retirement home in Yountville, California.

The first photo in the article is of one of the alleged victims. It comes from “PsychArmor Institute”

The founder of the organization is named Marjorie Morrison

Of course, the name Marjorie stirs memories of Marjory Stoneman Douglas, the high school that is said to have occurred last month. Not to mention her M.M. initials. Turn them sideways and you get the primary hoax code, 33.

The other main numerical hoax code is 13. See why

The shooter’s name is out. Are they serious?

March 9th was the 68th day of the year

The shooting resulted in a hostage situation

Another look at the first victim shown, whose full name is Jennifer Gonzales. Her last name = 99, and 9×9 = 81

The final victim’s name is Jennifer Golick. Not only another Jennifer, but Golick? Like, go lick my balls? No fake news story is complete without childish sexual innuendo.

The three victims’ names sum to 666 in the English Qabalah

There were 1,888 days between the Sandy Hook and Stoneman Douglas shootings. Their names have strong ties to “Freemason” in English gematria.

It was exactly 48 weeks after governor Jerry Brown’s birthday, and a span of 4 weeks, 2 days before his next. This also means it was 11 months, 3 days after his birthday. 113 is the number of mainstream deception

Measuring from Yountville’s date of incorporation in 1965:

The town’s age also converts to:

Check out the 91‘s in governor Jerry Brown’s age:

Remember how “Rick Snyder” = 721, and the Central Michigan shooting was 7 years, 2 months, 1 day after the date he took office? Here’s the duration since Jerry Brown became governor in California (for his second term): 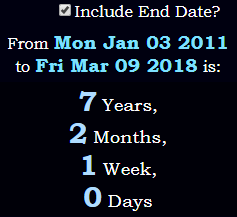