Footballer Davide Astori  of Fiorentina AFC died at the young age of 31 today. Another athlete in the prime of his life dying suddenly, this time due to a heart attack. Sure, I bet.

17 is one of the most significant numbers in sacrifice rituals. We just saw 17 reported dead at the Stoneman Douglas High School shooting. “Marjory Stoneman” = 1597 (Jewish), the 17th Fibonacci

Davide Astori was born on the date January 7th, written commonly as 1/7. The 17th Triangular number is 153

This number creates a direct link between Davide Astori’s Jewish and English gematria:

Astori has died exactly 28 weeks after the Great American eclipse in Udine, Italy 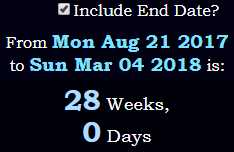 He was born on a date with numerology of 33

33 is a significant number in sacrifice rituals. See why

13 is also used in such a fashion. Astori wore #13 for Fiorentina, and died in Udine on the 13th meridian

He died in Udine, Italy of a heart attack on his 11,380th day since birth.

They say he died of a “sudden illness”

Sports are rigged, and those in charge know when the athletes will die. Astori scored only one international goal in his career, and it came on 6/30 of 2013. He wound up dying on the 63rd day of the year.

Measuring from that goal to his death:

This same duration of time is a little over 56 months. Astori died 56 days after his birthday.

Astori was born in the city of:

This number is found in the numerology of his date of death:

He is said to have died from a heart attack.

729 in octal is 1331, which is the number that represents a total solar eclipse

There are some interesting overlaps between his place of birth, the team he played for, and “murder”.

He died on the 46th parellel.