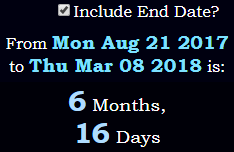 We should be seeing the death of a celebrity with a lot of “eclipse” numbers on March 8th.

It will be 6 months, 16 days after the first Great American eclipse:

It will be 73 months to the day before the second Great American eclipse:

The date is written 3/8 in the United States, and 8/3 internationally

March 8th is the 67th day of the year

When multiplied, the date will have 192 numerology

Bob Dylan has been discussed a lot as a potential Super Bowl sacrifice. I covered his numerology in this post, where I mentioned Jimmy Fallon covered one of his songs the night after the Super Bowl. Interesting that Dylan recently released his 38th album in light of this perfect date falling on 3/8.

As for the date’s 29 numerology:

Ever since the death of Glen Campbell, I’ve also wondered about David Allan Coe, since Campbell’s death was related to the Glencoe massacre.

Coe still tours, but that wouldn’t stop anyone from taking him out. His age on March 8th is intriguing:

It will be 6 months, 16 days after the first eclipse.

He was born on a date with numerology of 73

It will be exactly 73 months before the second eclipse. As for it being 33 days after the Super Bowl, it will also be 30 weeks, 3 days after Glen Campbell’s death. 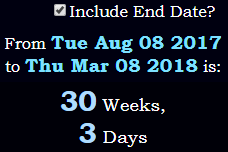 No doubt, there’s other celebrities who will have good alignments. Just be sure to check this Blog once you hear about someone dying that day.