Yesterday, I made two Murder by Numbers posts for George Carlin and “Macho Man” Randy Savage. Shortly after, news broke of the death of Bollywood actress Sridevi Kapoor. 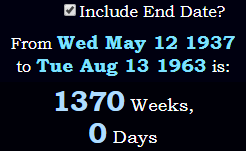 See why 33 is a number of sacrifice.