Before even watching the hit, I noticed the ball was snapped at 3:14. 3.14 are the first three digits of pi, and we should know by now how important the mathematics of the circle are to numeric rituals.

Not only that, but the score is 13-0 and the play is 3rd and 10. This is reflective of 1331, perhaps the most significant of all numbers. So these do provide hints at a specially-rigged play.

Alonso wears #47, which is one of several important kill numbers, as highlighted in this play featuring Danny Trevathan.

Kiko Alonso’s real name is Kristian Alonso, but his nickname is much more coded. That name matches his life lesson number, the 13th prime.

First, remember how 33 relates to sacrifice .

It was 9 months, 11 days after Joe Flacco’s birthday: 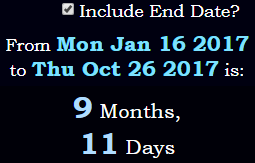 The game fell on a date with fateful 44 / 17 numerology

It also had double 46 numerology:

Alonso was born on the 226th day of the year:

Alonso was 73 days after his birthday.

The date of the game had full numerology of 73

It was 82 days before Flacco’s 33rd birthday

Joe Flacco’s name also has a direct connection to his life lesson number.

Flacco was born a span of 2037 days before Alonso

Learn about Enneadecaeteris, a special cycle of time

In addition to being 9 months, 11 days after his birthday, without the end date, this is 40 weeks, 3 days, or 283 days, which is also significant: