That date is written 6/12 in the United States. The trending hashtag on Twitter after the shooting was #OrlandoStrong

Measuring from this shooting to the Marjory Stoneman Douglas High School shooting, which occurred in the same state of Florida:

The school’s mascot name is the Eagles. The Eagles just won the Super Bowl in Minneapolis, MN.

The shooting was on Valentine’s Day

But what makes this so wild is how this relates to the Sandy Hook, Dunblane, and Columbine shootings, the three most infamous school shootings of all-time. 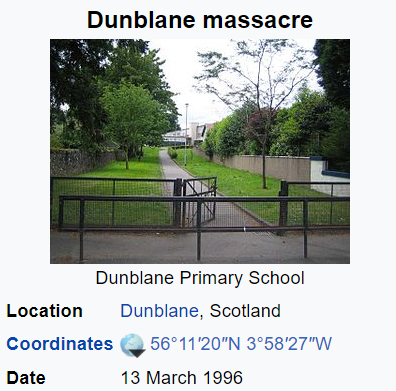 Measuring from the date of that shooting to the one at Sandy Hook:

So who’s really responsible for these stories?

The next major school shooting (10 killed) occurred at Santa Fe High School on May 18th, 2018. Notice how the name of the school appears in all caps: