The Zionist Jewish mafia controls all of the major media outlets. The man who built one of the largest media empires of all time is William Randolph Hearst. It just so happens his granddaughter, Patty Hearst, was involved in one of the bigger hoax news stories of the 1970’s.

The story goes like this: Patty Hearst was kidnapped by a group called the Symbionese Liberation Army in 1974. After being raped and threatened, she then joined the very group of people who kidnapped her, making herself a national fugitive in the process. 19 months after being kidnapped, she was found and arrested. Many years later, she was eventually pardoned by president Bill Clinton.

It reads like yet another ridiculous Zionist hoax perpetrated on the American public. If it’s a hoax, it should be crafted by the numbers, and this does appear to be the case.

Before looking at the hoax codes, notice how her full name gematria matches her full birth numerology. This is always a clue of intention.

144 is a significant number and is coded into various propaganda in a number of ways.

117 is the gematria of the word “thirteen” when spelled out. 13 is one of the primary hoax codes.

Patty Hearst was born on a date with numerology of both 13 and 41, which is the 13th prime number.

Her criminal pseudonym was “Tania”

An audiotape with Hearst announcing she had become a member of the S.L.A. came out 1 month, 30 days after her kidnapping.

Measuring from her announcement to the date she was arrested gives us 533 days. That’s 13 × the 13th prime number.

The other primary hoax code is 33

That kidnapping fell 16 days before her birthday.

This was her age when she was eventually arrested: 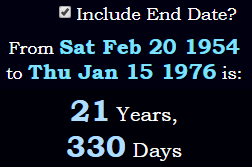 Zionist hoaxes are also coded by the mathematics of the circle. Of course, a circle is 360 degrees.

Pi is used to calculate the circumference or diameter of a circle. It begins with 3.14. Hearst was born on the date leaving 314 days in the year.

I don’t typically call 22 a hoax code, but it’s another master number masonry is fond of. Masons consider themselves master builders, and 22 is the master builder number.

Patty Hearst was born on the date written 2/20. She was kidnapped 2 weeks, 2 days before her birthday. Her full name, Patricia Campbell Hearst, has 22 letters in it.

And look at what Wikipedia says the size of the Symbionese Liberation Army was:

You gotta be kidding me. Don’t tell me she also served 22 months in jail?

Oh Lord…to top things off, she was officially pardoned by President Clinton in his last day in office in 2001.

Her first criminal act came on April 15th of the same year she was kidnapped. She was part of a group that robbed San Francisco’s Hibernia Bank.

See these posts that explain why Freemasonry is obsessed with 1331, and what that number has to do with solar eclipses. – Link 1  |  Link 2

The date on which a tape was released, wherein Patty Hearst announced her allegiance to SLA, was the 93rd day of the year.

Her first robbery also had date numerology of 93, like “Propaganda”

When she was arrested, it too happened on a date with 93 numerology.

Neither her trial start, nor end date, happened with 93 numerology. But look how long the trial took: 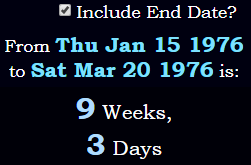 After her release from jail, she married a guy named Bernard Lee Shaw.

This came just two months after she was released from prison due to her involvement with the: